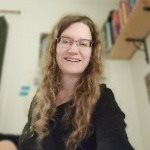 I am a facilitator and artist based in Vancouver, BC, or the ancestral and unceded homelands of the Coast Salish, Musqueam and Squamish people. I attended the Etobicoke School of the Arts as a Visual Arts major for two years, and over the years have studied painting and Japanese calligraphy in Kyoto, Japan, and comic book illustration in Vancouver. My illustrations have been published with Penguin India (“The Clever Hare”) and Katha books (“First Sun Stories”), and I have self-published comic book entitled “The Adventures of Mortimer the Fish”. I have exhibited works in Kyoto, Japan and Vancouver, BC as well as the Integral Art Exhibition at the Integral Theory Conference in 2015. I have been featured in the arts and culture online magazine, Stir Vancouver. While living and traveling in Asia and South America, I became fascinated by the patterns and colours found in Hindu, Buddhist and Islamic art, as well in indigenous and folk/shamanic art. I appreciate visual storytelling traditions, and how newer genres such as comics and graphic novels are innovations on these older forms. A love of visionary art, both traditional and contemporary, inspires me to explore new ways to juxtapose the ancient with the postmodern (and beyond). I am drawn to futurism and ‘post-humanism’, and how the evolution of technology may lead–accidentally or otherwise–to novel mergings of life forms (ie humans/animals/plant life with technology). I love to challenge, inspire, and activate the imagination, as well as to celebrate the evolutionary journey in all of its diverse and sometimes messy expressions. Finally, I use my background in education, writing and facilitation to support collaboration on regenerating our planet, reconciliation with indigenous peoples, and co-creating a more equitable world. To that end, my art is a vehicle for campaigning, fundraising and education inititiaves to regenerate our ecosystems and supporting global equity.