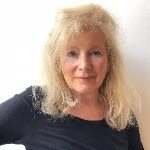 AN EARLY ENVIRONMENTAL ARTIST --- from 2 dimensional to 5 dimensional Suzanne C. Nagy is an internationally acclaimed early environmental artist who lives in New York City and runs several successful enterprises. She has a multiciliary capability to see the world from a very distinguished angle while she is able to incorporate her business knowledge with the environmentally deteriorating real world. From “2 dimensions to 5 dimensions”, she has no problem envisioning and shape far more realistic problems and reflect it in the future. Her work is transparent and unique by formulation time capsules, light objects that make the viewers mesmerized until they realize the subject. She is stretching the human ability by missing to understand the danger what industrialization brought to us. Now the whole world knows about it, but Suzanne started to deal with these issues when only a handful of people understood and was willing to face these problems. Today, she is looking for a new rhythm, a new balance, and a new understanding of dealing with a long-term commitment and engagement for a productive future. She has a bachelor’s degree in Economics, and she finished studying art in New York Art League when she settled in the village in 1978. In Hungary, she also studied film, dramaturg, and film writing at professor Nemeskurtiy’s Film Studio and got her diploma in 1977. Her vision and intellect demonstrated in a very unusual way when after 37 years, she completed a historic film project under the title Grizzly II. Revenge. The movie was made in Hungary, and she was one of the producers when her partner producer disappeared and left her there without money. She refinanced the film and completed the principal photography. The casting was incredible-- George Clooney, Laura Dern, Charlie Sheen, John Rhys-Davies, Louise Fletcher, Deborah Foreman, among other big names. She saved the movie, and 37 years later, she completed and sold it. www.grizzlyII.revenge.com has all the details about the process of what happened and how she was able to make it to the top. Parallel to her 5-dimensional vision, she never gave up art and produced significant paintings documenting the human dilemma throughout these 37 years. When the pandemic hit New York City and the entire world was infected, she decided to work on a new balance, a new dimension, by imagining a new world shaping up after this horrifying experience. In her new body of work, acrylic paintings on canvas, she is carving out a new road, a new vision to discover a long turn interest to deal with the modern world where the consequences of our making will reflect in the future. She participated in numerous art exhibitions, including solo shows in museums and institutions, and participated in the art scene in New York City. In Hungary, in her birthplace, she is still actively organizing shows using her unique art collection and loaning it to Hungarian Museums and Institutions. She has a very intense schedule to be able to accomplish all of this. Further information can be found if you go to my other website: www.suzannecn.com Check out museum exhibitions and other exciting events. My motion picture credentials and Grizzly II. Revenge movie can be checked out at www.grizzly2revenge.com